Play an online classic checkers video game against the computer for free on the internet. In this classic internet checkers You play against the computer. Start the game moving the red 'men'. Click on a red piece to move, the background will turn green - showing the selected piece - then click on the square where you want to move. The computer will play its turn, and then it is your turn again. This Internet Checkers version is ideal for beginners - it is easy to win. The player moves the red pieces by clicking on a selected piece, and then clicking on the target empty square. In this Internet checkers capturing opponent's pieces is optional. Have Fun! 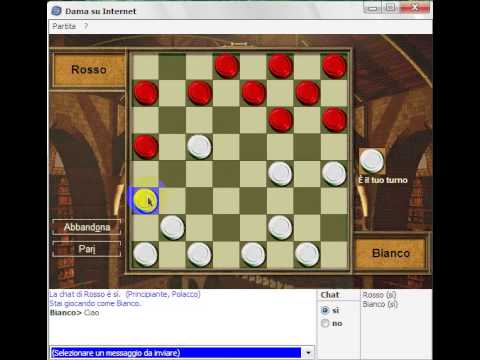 Do you love to play checkers and do you also like to play free internet games online? If you are in the same mood as us today, you probably would like to play the free Checkers web game.

Instructions on How to Play Classic Checker game on the Internet

The Classic Checker board game is also called English draughts, American checkers or Straight checkers. Each player begins the game with 12 pieces, or checkers, placed in the three rows closest to him or her. The object of the game is to capture all of your opponent's checkers or position your pieces so that your opponent has no available moves. Basic movement is to move a checker one space diagonally forward. Online casinos with no minimum deposit.