Arguably the best book on the mathematics and game theory of poker. Lays out the Fundamental Theory of Poker, and then uses it (with copious examples) to walk the reader through exercises that will.

Check raising and slowplaying are two ways of playing a strong hand weakly to trap your opponents and win more money from them. However, they are not identical. Check raising is checking your hand with the intention of raising on the same round after an opponent bets. Slowplaying, which we discuss in more detail in the next chapter, is playing your hand in a way that gives your opponents no idea of its strength. It may be checking and then just calling an opponent who bets, or it may be calling a person who bets ahead of you. When you slowplay a hand, you are using deception to keep people in for a while in order to make your move in a later round. Clearly, then, a hand you slowplay has to be much stronger than a hand with which you check raise. Check raising can drive opponents out and may even win the pot right there, while slowplaying gives opponents either a free card or a relatively cheap card.

THE ETHICS OF CHECK RAISING

Checking with the intention of raising is one way to do that. In a sense, check raising and slowplaying are the opposites of bluffing, in which you play a weak hand strongly. If check raising and slowplaying were not permitted, the game of poker would lose just about as much as it would if bluffing and semi-bluffing were not permitted. Indeed the two types of play complement one another, and a good player should be adept at both of them. The check raise is a powerful weapon. It is simply another tool with which a poker player practices his art. Not allowing check raising in your home game is something like not allowing, say, the hit and run in a baseball game or the option pass in a football game. Without it poker loses a significant portion of its strategy, which, apart from winning money, is what makes the game fun. I'm much more willing to congratulate an opponent for trapping me in a check raise than for drawing out on me on a call he shouldn't have made in the first place - and if I am angry at anyone, it is at myself for falling into the trap.

Two conditions are needed to check raise for value - that is, when you expect you might be called by a worse hand. First, you must think you have the best hand, but not such a great hand that a slowplay would be proper. Second, you must be quite sure someone behind you will bet if you check. Let's say on Fourth Street in seven-card stud someone bets with ? ? Qd 10sshowing, and with Kc 9d 9h Jsyou're getting sufficient pot odds to call. Now on Fifth Street you catch a king to make kings up. Here you might check raise if you are pretty sure the player representing queens will bet. 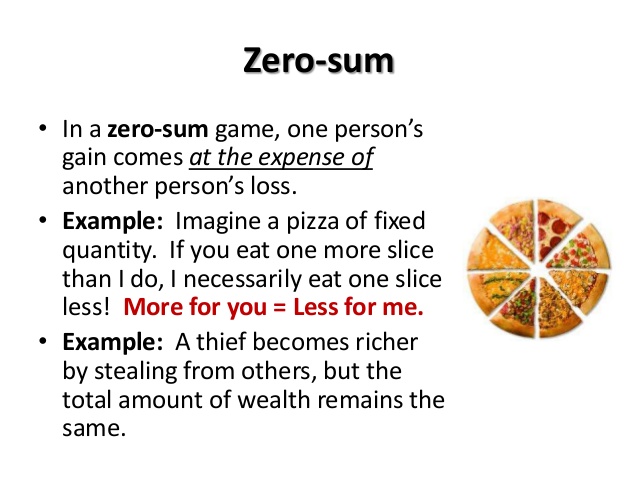 This second condition - namely, that someone behind you will bet after you check - is very important. When you plan to check raise, you should always keep in mind that you could be making a serious, double-edged mistake if you check and no one bets behind you. You are giving a free card to opponents who would have folded your bet, and in addition you are losing a bet from those who would have called. So you had better be very sure the check raise will work before you try it.

When you plan to check raise with several players still in the pot, you need to consider the position of the player you expect will bet because that position determines the kind of hand you check raise with, to a large extent. Let's say you have made hidden kings up on Fifth Street, and the player representing queens is to your right. Kings up is a fairly good hand but not a great hand, and you'd like to get everybody out so they don't draw out on your two pair. You check, and when the player with queens bets, you raise. You are forcing everyone else in the hand to call a double bet, the original bet and your immediate raise, and they will almost certainly fold. You don't mind the queens calling your raise, for you're a big favorite over that player. However, if he folds, that's fine too. 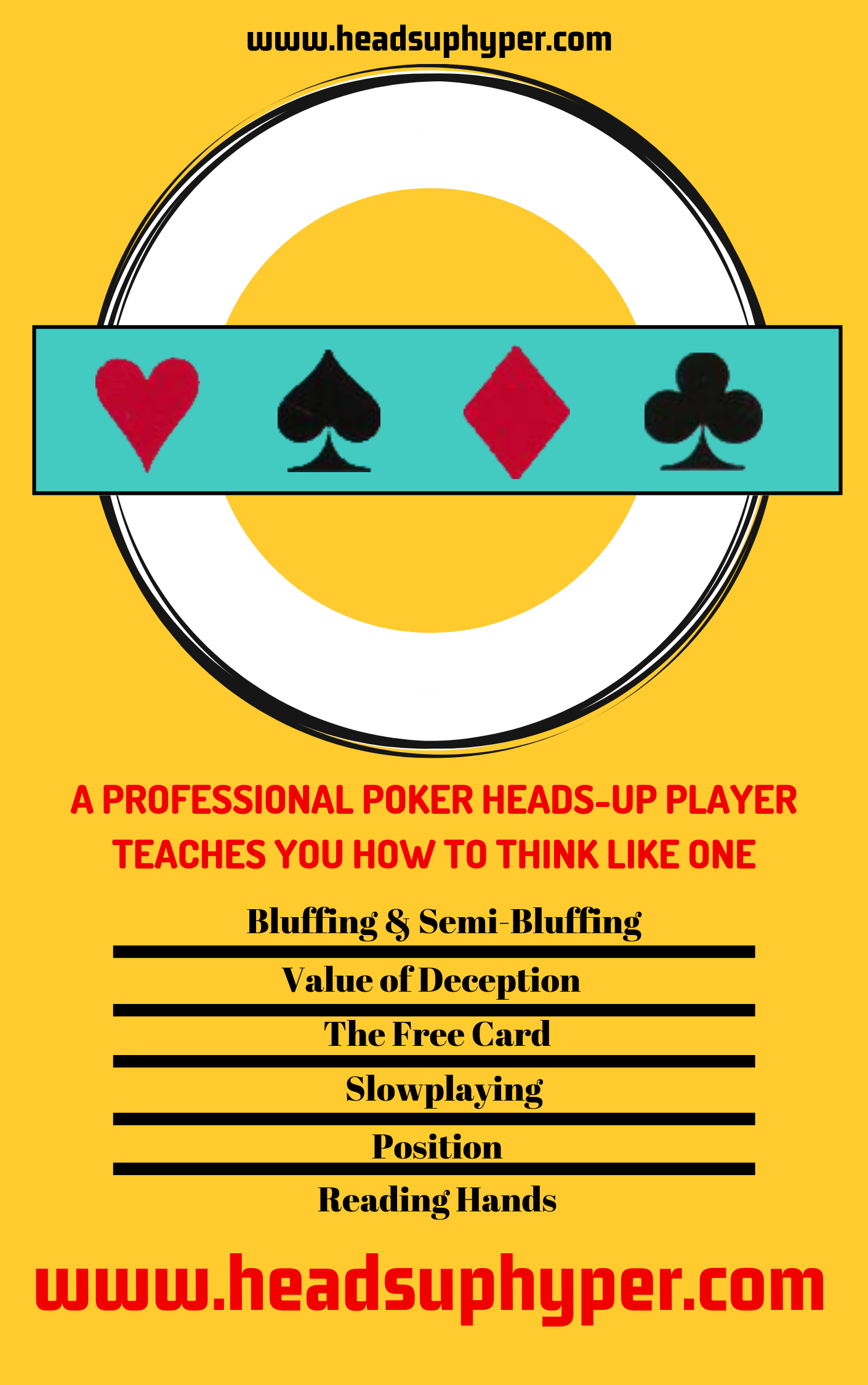 Now we'll place the player representing queens to your left instead of to your right. In this case you should bet with kings up even though you know the player with queens will bet if you check and even though you think you have the best hand. When you bet in this spot, you are hoping the queens will raise so that the double bet will drive out the other players in the pot, just as your check raise was meant to do in the other instance. And if that opponent does raise, you can now reraise.

Suppose that instead of kings up, the king on Fifth Street gives you three kings. Now you are much stronger than you were with two pair, and your hand can tolerate callers. Therefore, you would use the opposite strategy you employed with kings up. With the probable bettor to your right, you should bet, and after everyone calls, you hope that bettor raises so that people will be calling a single bet twice (which they are much more likely to do than to call a double bet once). On the other hand, if the probable bettor is to your left, then you check the three kings, and after that player bets and everyone calls, you raise. Once again, you are inviting your opponents to call a single bet twice and not a double bet once.

Free offline casino games for ipad. In sum, the way you bet or check raise depends on the strength of your hand in relation to what you can see of the other hands and the position of the player you expect to bet or raise behind you when you check or bet. With a fairly good hand, like kings up or aces up in seven stud, you try to make opponents call a double bet because you'd like to drive them out. With a very good hand like three kings or three aces you play to induce your opponents to call a single bet; then you confront them with having to call another single bet. In this case, you don't mind their staying in since you're a big favorite over them.

CHECK RAISING WITH A SECOND-BEST HAND

While you generally check raise because you think you have the best hand, it is frequently correct to check raise with a second-best hand if the play will drive other opponents out. The principle here is identical to the principle of raising with what you think is the second-best hand as it was explained in Chapter Nine and Chapter Thirteen. If the probable best hand is to your immediate right, you can check, wait for that player to bet, then raise so that the rest of the table will fold rather than call a double bet. While you may not be the favorite, you have still increased your chances of winning the pot, and you have the extra equity of whatever dead money is in the pot from earlier betting rounds.

Sometimes you can check raise with a come hand like a four flush if there are many people in the pot already and you don't expect a reraise, for you are getting good enough odds, especially if you have a couple of cards to come. This play should usually be made only when the probable bettor is to your immediate left; then the other players will call that bettor before they realize you are putting in a raise. You do not want to drive players out because you want to get the correct odds for your raise.

The factors you must consider when you plan to check raise are:1. The strength of your hand2. Whether someone behind you will bet after you check3. The position of the probable bettor

The Theory of Poker by David Sklansky has long been recognized as the foundational book for all of poker no matter what the game, and at the time of this writing is still the best selling book in poker. But that book, while applicable to many aspects of no limit and pot limit poker was originally written mainly with limit games in mind. Now, the most popular form of poker is no-limit hold em.

As a result, David felt it was time to write a new book that would methodically address each of the chapters in the original Theory of Poker, summarize them, and then go into lengthy detail as to how the ideas and concepts in those chapters need to be altered, when necessary, to best deal with no-limit and pot-limit games. There are also a number of new Bonus Chapters and Bonus Thoughts with new material specifically targeted toward those big bet games. There s an emphasis on no-limit hold em, (especially small to mid stakes), but the ideas almost always apply to pot-limit Omaha, no-limit single draw deuce-to-seven lowball as well as most other one winner big bet games.

As with the original book, The Theory of Poker Applied to No-Limit is not a handbook that tells you how to play specific cards in various situations. (Except for example hands that are sometimes used to make ideas as clear as possible.) Rather it tells you what to think about before making your own decision. It shows your how to combine your knowledge of your opponents, your knowledge of poker math (including, where appropriate, the math known as game theory or GTO ), and astute logic to derive the best play (and its occasional alternatives).

There are a few difficult sections that probably need to be read a few times. Most of the book, however, will be easily accessible to intermediate players, especially with the help of the Key Points at the end of most chapters.

We at Two Plus Two Publishing LLC are proud to bring you this book, and expect it ll be quickly recognized as one of the most significant poker books in many years.